The third Finnish Film Days begin on Friday, October 11th with a special screening of a musical documentary Finnish Blood, Swedish Heart. The director of the movie, Mika Ronkainen is present and telling about his work with the movie.

Documentaries on the weekend present different faces of governmental power:

Madam President, a portrait-movie of the first female president of Finland, and Viru – stories from a hotel, a movie about Soviet Estonia, corruption and KGB. Fiction films offer strong drama and rock music.

The week starts with a humane war film

Silence, and tuesday is a highlight for football fans, since the first film of the day is a documentary of a football player Jari Litmanen – also knows as the King. The grand finale of the feature films is Naked Harbour by Aku Louhimies on Tuesday evening.

The whole festival ends with celebrating old and new Finnish animation together with Kiskakas Animation Celebration of MOME (Moholy-Nagy University of Art and Design) on Wednesday’s closing gala. A prominent Finnish animator, Katariina Lillqvist who is known for her animations such as

Kafka Trilogy, is one of the Finnish guests of Kiskakas and present on Wednesday.

Complete program and the side events of Finnish Film Days can be found from www.finnagora.hu and from Toldi cinema.The festival is organized by Finnagora, the Finnish Institute in Budapest in cooperation with Toldi 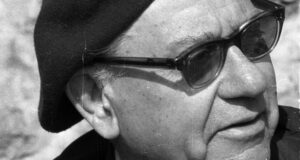 This website uses cookies to improve your experience while you navigate through the website. Out of these, the cookies that are categorized as necessary are stored on your browser as they are essential for the working of basic functionalities of the website. We also use third-party cookies that help us analyze and understand how you use this website. These cookies will be stored in your browser only with your consent. You also have the option to opt-out of these cookies. But opting out of some of these cookies may affect your browsing experience.
Necessary Always Enabled

Performance cookies are used to understand and analyze the key performance indexes of the website which helps in delivering a better user experience for the visitors.

Analytical cookies are used to understand how visitors interact with the website. These cookies help provide information on metrics the number of visitors, bounce rate, traffic source, etc.

Advertisement cookies are used to provide visitors with relevant ads and marketing campaigns. These cookies track visitors across websites and collect information to provide customized ads.

Other uncategorized cookies are those that are being analyzed and have not been classified into a category as yet.